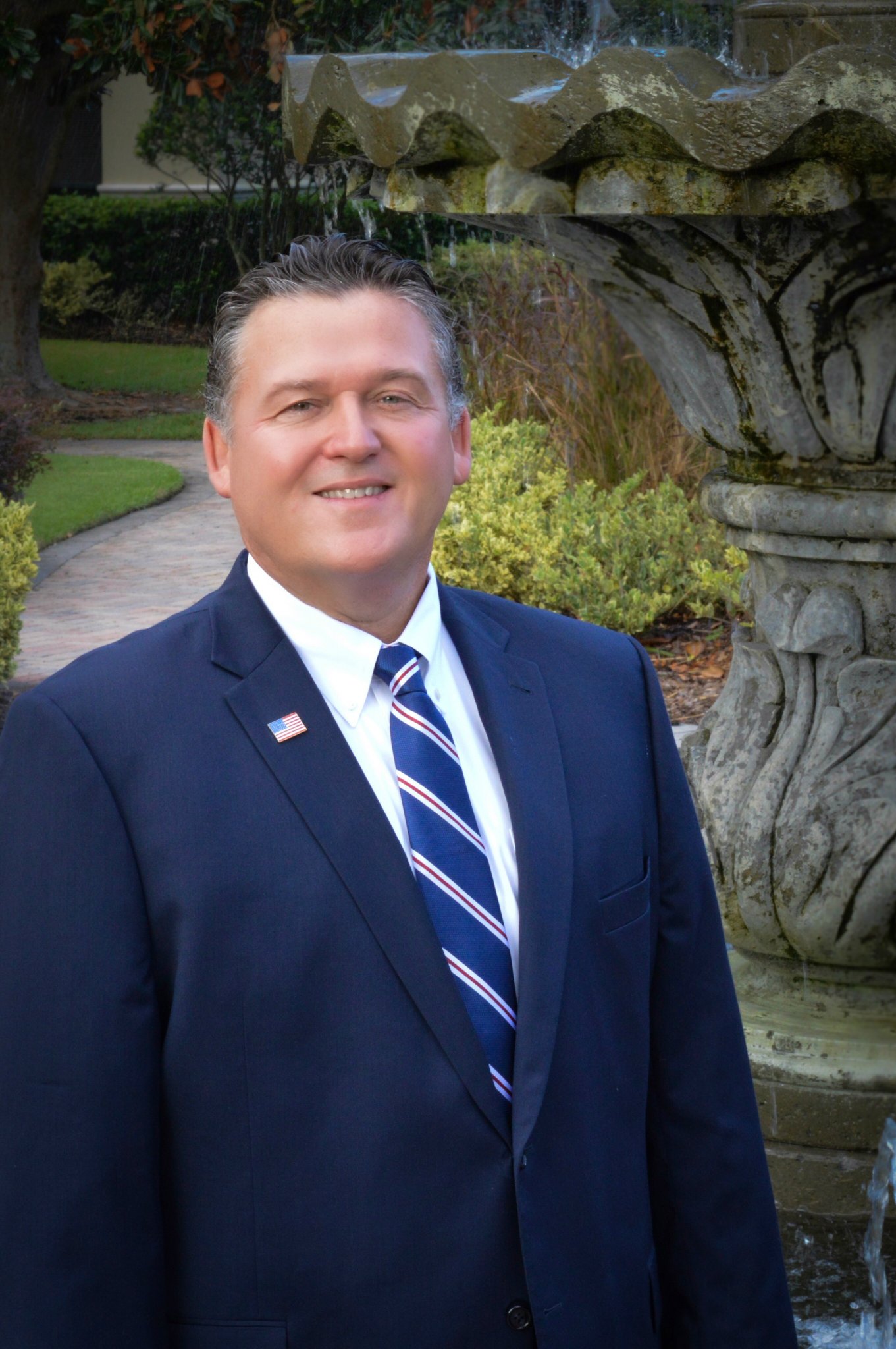 Jim has been elected by a majority of the 2200 lawyers in the 18th judicial circuit to be their representative on the Florida Bar’s Board of Governors. Jim enjoys practicing as a Florida personal injury lawyer because of the unique opportunity it gives to help many different people. Jim believes in being profoundly related to the people around him. This may be why his peers have asked him to be a leader. For almost a decade, Jim was the board
chairman for the Rescue Outreach Mission of Central Florida, Seminole County’s only homeless shelter. He founded the annual Rescue Run Corporate 5K, raising awareness and funds for the Mission. Jim lives and works in Seminole County, Florida, and give back to the community.

Leadership matters in being a successful Florida personal injury lawyer. Jim is an active member of the Seminole County Bar Association and was elected by his peers as the 2015 president of the bar association. Jim is the 2017 president of the Central Florida Trial Attorneys Association,
Central Florida’s premier trial lawyer organization. Jim is a member of the Seminole County Inns of Court, the Volusia County Bar Association, the Orange County Bar Association, the Florida Justice Association, the Seminole County Chamber of Commerce, the Florida Bar Foundation, and the Florida Bar.Being a Florida personal injury lawyer is rewarding, but Jim’s greatest joy is being a family man. Jim is blessed to be married to his outgoing and beautiful wife Jennifer Ferguson. Jen founded the financial concierge company Symphony Financial Team and has given Jim his passion for charitable
work. Jim and Jen have three children, Evan, Irelyn & Stacy, and an extended family that includes many nieces and nephews. Jim and his family are members of All Souls Catholic Church.Jim was a leader before becoming an attorney. Life has prepared Jim well to represent people as a Florida personal injury lawyer. Jim was born in Wasilla, Alaska to a rugged frontier farming family. Wanting a sunnier home, the Vickaryous family moved to Naples, Florida, where Jim spent his formative years. He played high school football and was elected school president by his fellow students at Barron Collier High School. Recognizing a budding fighter, the U.S. Army awarded Jim a four-year academic scholarship to attend the University of Miami, where he obtained a bachelors degree in history. Jim lived in the Tampa Bay area while earning his law degree from Stetson University College of Law. He honed his ability to quantify clients’ losses by earning a Masters in Business dministration
from Stetson University.Jim’s legal experience has been sharpened by leading troops in hostile territory. Jim led a military police unit to Bosnia-Herzegovina in 1997. Jim’s platoon aggressively patrolled the “Zone Of Separation,” using both friendly coaxing and forceful persuasion to keep the Tuzla Valley of Bosnia
free of warfare. Recognizing a job well done, Jim was awarded the NATO Medal For Service in Former Yugoslavia. Jim’s proudest accomplishment from his Bosnia-Herzegovina service was bringing his troops home safe and sound to their families here in Florida.If you are interested in finding out more about my record as a Florida personal injury lawyer take a look at my verdicts and settlements page now.If you are interested in getting a handle on what your case might be worth click the link now.

If you prefer to email me or want to call for any reason click here now.

Personal injury claims are complicated, and if you don’t start preparing now for the resolution of your claim, it will not be what you expect.

Jim has been selected by the National Association of Distinguished Counsel for its “Nation’s Top One Percent” in attorneys recognition.

Selection follows a rigorous, multistage selection process: The National Association of Distinguished Counsel is an organization dedicated to promoting the highest standards of legal excellence. The mission of the NADC is to objectively recognize the attorneys who elevate the standards of the Bar and provide a benchmark for other lawyers to emulate. Members are vetted by a research team, a blue ribbon panel of attorneys, and a judicial review board.

Candidates must be nominated and then are vetted by association researchers based on public profiles, client reviews and courts records, firm profile and reputation, years of practice, education and training, trial experience, case outcomes, peer endorsements, professional awards and memberships,
leadership in legal organizations and community involvement.

If judged to be worthy based on these criteria, nominees are reviewed again by a panel of attorneys and then by a judicial review board that includes a group of former judges. As a successful candidate, Vickaryous is now recognized nationally as a member of “The Nation’s Top One Percent.”

If judged to be worthy based on these criteria, nominees are reviewed again by a panel of attorneys and then by a judicial review board that includes a group of former judges. As a successful candidate, Vickaryous is now recognized nationally as a member of “The Nation’s Top One Percent.”

“By virtue of the incredible selectivity of our research process, only the elite few are invited to join the ranks of the NADC. Specifically, less than 1% of practicing attorneys in the United States are afforded the opportunity to be named ‘Nation’s Top Attorneys’.

The recipients of this prestigious award have demonstrated the highest ideals of the legal profession.